History of Photography & When was photography invented

The word "photography" derived from the Greek words "photos" & "graphein" means light and to draw, respectively. So in its most elegant form, it may be defined as a reasonably stable image made on a chemical substance by the effect of light. From this definition, the following three preconditions are essential to qualify anything as Photography:

Ironically, there is no universally accepted definition of a photograph, even to date. Photography has its origin in discovering two basic principles: camera obscura image projection and the observation that exposure to light visibly affects some sensitive materials.

All the key elements defining an image are established at the time of exposure itself, so Photography is like an automatic recording of the picture. This makes the process authentic and different from other forms of picture-making.

No documents, descriptions, or artifacts highlighting any attempts to capture any image using light-sensitive materials exist before the advent of the 18th century. Photography has since come a long way. In a relatively short span of 200 years, it has become a beautiful amalgamation of art and technology. Let us take a deep dive into the fascinating world of its development.

Before the creation of actual Photography, the underlying principles of camera & lenses, and the role of light in the recording of images had to be understood and mastered. While on the subject of the history of Photography, the critical questions that come to anybody's mind are

Let us first begin with the answer to the question when was camera invented?

The closest forerunner of the camera was the Camera Obscura. The underlying principle behind the camera obscura (Latin for "dark chamber"), also know as "the pinhole image," was the observation of the natural phenomenon:

" if the light enters any darkened room through a pinhole on any one of the walls, it projects an inverted image of the outside world onto the opposite wall."

The principle was known to the Greek, Chinese and Arabic astronomers. It was used by Aristotle to observe the solar eclipses safely. The earliest record referring to camera obscura exists in the 4th century BCE, Chinese writings by Mozi. Its use was limited to the study of optics and astronomy, and it merely projected the images without recording them.

Technical advancements like bi-convex lenses and diaphragms happened in the middle of the 16th century, resulting in much sharper and brighter images. In 1558, Giambattista Della Porta advised artists in his lectures and books, to use the modified camera obscura as a drawing aid. The concept led to the development of portable box-sized versions, clearly the basis and inspiration for the first photographic camera.

Many variations of camera obscura were subsequently developed to improve upon the quality of projections. Skilled artists then traced them to create the final images. The final results, however, entirely depended on the drawing skills of the tracing artist. So the quest to mechanically reproduce the complete image gained further momentum.

When Was Photography Invented

The invention of Photography, as defined earlier in the article, was a 19th-century phenomenon. It is speculated that French-born photographer Antoine Hercules Romuald Florence first used the term photography in 1833. He lived and worked in Brazil, without many connections in the European scientific community. His works remained unknown until their rediscovery in 1973. So, John Herschel, from London, is traditionally credited for coining the terms photography and photograph, in 1839, to describe the process and the resulting product itself.

The early Photography stage consists of the following attempts and developments:

The problem to fix the image to the medium had remained unsolved until Joseph Niepce successfully created the first Photograph using a pewter plate coated with bitumen. He later worked with Louis Daguerre to reduce the long exposure times. After Niepce's sudden death, Daguerre carried on and developed the process to expose the images to metal plates, know as Daguerreotype. Their works were the cornerstones in the history of Photography. So, let us look at the brief history of their works.

Niepce created the first photograph from an image in the camera in 1826 or 1827. "View from the window" at Le Gras is the oldest surviving photograph on record.

While working with silver chloride coated paper in 1816, Niepce succeeded in obtaining a negative of the image formed in the camera. He managed to partially fix the image using Nitric acid. But, could not prevent the remaining portions from darkening on exposure to light while viewing. He then began looking at the organic materials as an alternative.

He was involved with etching, lithography, and developed Heliography (Greek for Sun Drawing) using bitumen.

In a process similar to heliography, he applied a thin coating of bitumen dipped in lavender oil on the pewter plate and dried it before use. After very long exposure time from the camera, lasting several days, the bitumen in areas exposed to light hardened sufficiently. He removed the unhardened part using Dippel's oil or turpentine as a solvent. The result was a plate with hardened bitumen in exposed areas and bare pewter in unexposed ones. This was the first photograph taken naturally and is known as - "View from the window." The image is both positive and negative, based on the illumination and, more importantly, permanent.

Daguerre contacted Niepce in 1826 and entered into a partnership with him in 1829. Together they tried many ways to refine the process like using rosin instead of bitumen, changing post-exposure treatment. The changes substantially improved the quality of the photograph and reduced exposure time marginally. They started using polished silver plates exposed to iodine fumes as the base plate. The exposed portions of the heliographs (iodine fumed polished silver) would darken on exposure to light, giving a much better appearance.

Niepce died in 1833, leaving all his notes and details of his work with Daguerre, without publishing his heliograph process.

Niepce was interested in producing reproducible plates, whereas Daguerre wanted to reduce the exposure time for forming the photograph. Encouraged by the results with polished silver, Daguerre started experimenting by exposing iodine fumed silver plates in the back of the camera obscura. Following sufficient exposure times, violet-colored fully formed negative image came up against a yellow ground, on the metal plate, within the camera. The picture had almost infinite details but was still not permanent.

Two years later, Louis Daguerre discovered that the above process gave rise to an invisible or latent image within a small fraction of earlier exposure times. The hidden image revealed on exposing the plate to mercury fumes and stabilized on treatment in a sodium chloride bath by dissolving unexposed silver iodide. The resulting photograph taken with this process was known as Daguerreotype.

The complete practical photographic process, including fixing, was announced at the French Academy of Sciences in Jan 1839, withholding the details. Daguerre and Niepce's son Isadore sold all the rights of their invention to the French government, in exchange for annuity for life.

Daguerre's brother-in-law manufactured the complete set of processing equipment and offered for sale. Daguerre himself wrote the full manual for the process, which remains the most comprehensive treatises on photography ever written. It contained all the details of historical developments, formulas, Niepce's heliographic process, his latent image process, diagrams, and line illustrations of his complete process. Daguerreotype remained the most common commercial process until it was superseded by the collodion process in the late 1850s.

Let us now look at some of the notable early works directed towards having a photographic image on paper.

William Talbot, an English scholar in Hieroglyphics, was also experimenting with silver chloride from 1834. He studied the impact of change in the ratio of silver nitrate to silver chloride on the sensitivity of unexposed areas. After soaking paper in silver nitrate and silver chloride solution, he placed objects on them and exposed them to sunlight. The salts darkened in the unexposed areas leaving a silhouetted image, white on black. He named his pictures "photogenic drawings," now called as photograms.

In other experiments, he observed that treating the images in a strong solution of sodium chloride and dilute potassium bromide or potassium iodide can make an unexposed portion less sensitive. However, the process reduced sensitivity but would preserve the image only till an intense exposure to sunlight.

Contact images like the silhouetted ones formed in minutes, but camera images took several hours depending on the size of the paper. Since the pictures were spatially and tonally reversed, these negatives were put in contact with the sensitized paper and exposing to light to make any number of positives. These images were primitive in comparison to the speed, permanence, and infinitesimal resolution of Daguerreotypes.

The original Daguerre's process had very slow speed, with exposure times of more than 20 minutes. This made it unsuitable for portraiture. It was only used for still life photography and landscape imagery. Formulation of a faster lens and beginning of the use of bromine fumes to further sensitize the process provided the much-needed change towards faster speeds.

Experimenters discovered that plates with combinations of chlorine, bromine, and iodine were far more sensitive than the plates that were only iodized. Daguerreotypists fumed their plates with iodine, followed by bromine and then iodine again. Bromine fuming allowed the photographers to make the exposures in seconds.

Max Petzval, formulated the design of a faster lens in 1840. This resulted in a further reduction of the exposure times, and thus, allowed usage of the Daguerreotype process in portraiture. The Petzval lens remained the basis for all portrait and projection lenses for the next 70 years.

Hippolyte Fizeau introduced the gold tuning process in 1840, known as gilding. Adding gold chloride to hypo resulted in a solution of sel d'or, that was applied to the fixed plate. Gilding provided an extended range of tones and reduced, the susceptibility of the photographs taken, to abrasion. 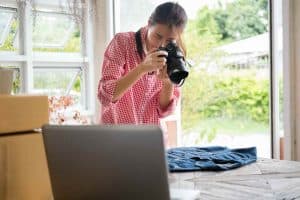 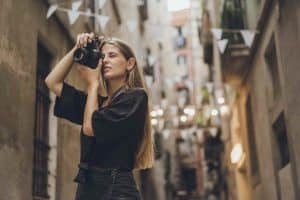 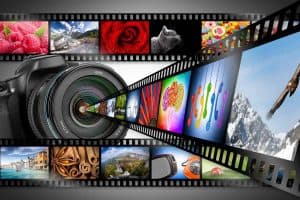 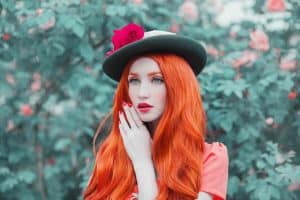 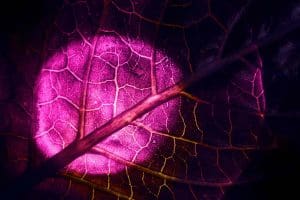 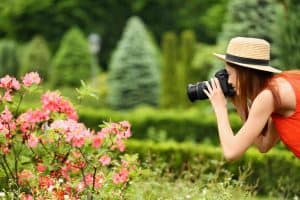